Working with film as a participatory tool, Stine Marie Jacobsen designs educational projects that deal with ethics, identity, control, fear and trust and aim to raise solidarity and civic engagement through community involvement.

Her project Law Shifters (2015), engages children and youth in writing their own laws and invites them to rejudge real court cases.
In Direct Approach (2012), a contemporary anti-violence project, the artists ask participants to retell their most violent film scene memory and choose whether they would play victim, perpetrator and bystander in a reenactment of the film scene: www.direct-approach.org.
In German for Newcomers (2016), refugees, immigrants and expats learn and improve their German by writing teaching material for themselves and others. She just launched a collective sharing platform www.artistsexercises.org (2016), which facilitate new ways of teaching for other educators.

Stine Marie Jacobsen as a BFA from CalArts, a MFA from The Royal Danish Art Academy and a peace and conflict resolution certificate from Chulalongkorn University. Since 2010 she is based in Berlin.

In 2012 Stine was a resident at Künstlerhaus Bethanien and after a residency at the National University Bogotá and Air Antwerpen, she started collaborating with art institutions District Berlin and social street organisation Gangway. Last year she was awarded an Innovators Grant, a two months research and study in art creativity and education by Node Curatorial Studies and she also teaches a course for Node called 'Socially engaged Art Projects'.

Jacobsen develops learning tools in order to create community and to expand the use of art. Besides following a Rancierian approach of turning ‘teachers’ into ‘students’ and vice versa, her educational methods are simply just attention, intimacy and improvisational skills. 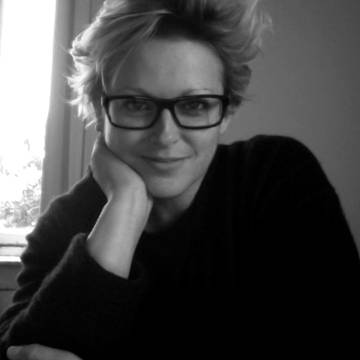