Apps and the EU are similar – both are flattened structures that can be ‘easily’ navigated and attempt to make processes and exchange systems more convenient. With EUR.APP, gooeyTEAM developed a huge, analogue and walk-in application that combines both on-screen behavior and varying definitions of what Europe is. 'Users' of the EUR.APP entered the (flat)screen and became part of a surprising 2D and 3D application that hoped to answer any niggling questions about what it means to be European.

Under the instructions of the 'country guides', users were, amongst other things, encouraged to organize mafias, build bridges, export and import goods and fight out ancient territorial disputes. Meanwhile, the climate change, both in the meteorological and political sense, was reported to the screen viewers by an external forecaster and moderator of events, 'weather reporter' Mr. Smith. Ein Projekt finanziert durch Projektfonds Kulturelle Bildung, in Kooperation mit der Nelson Mandela Schule und Ballhaus Ost. 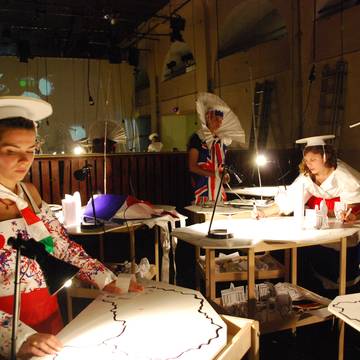 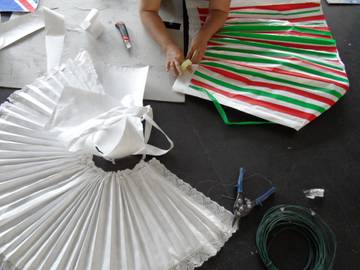 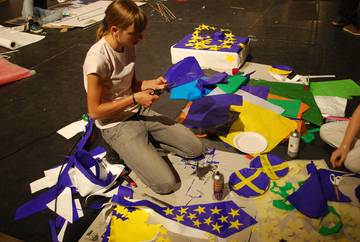 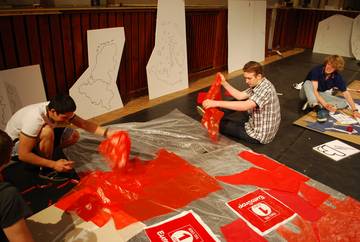 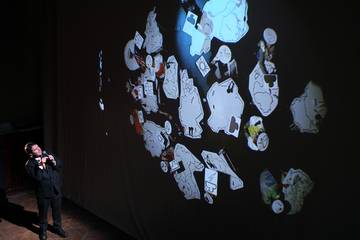 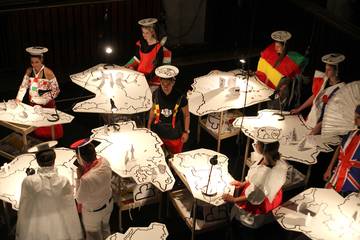 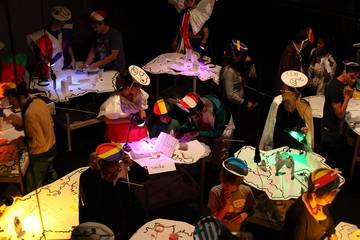 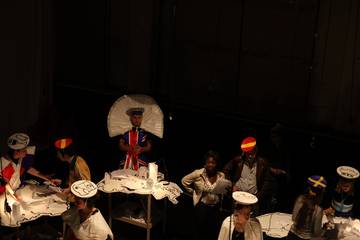 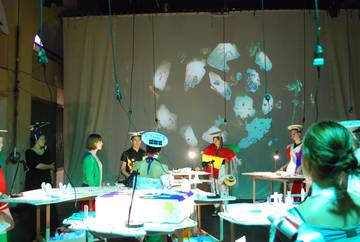 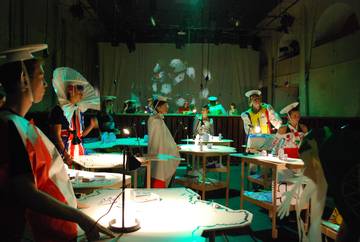 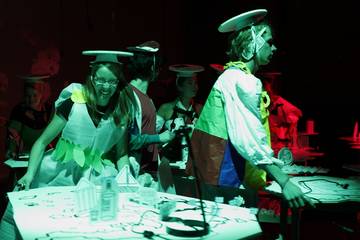 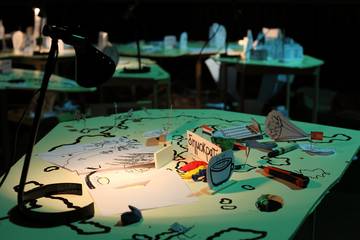 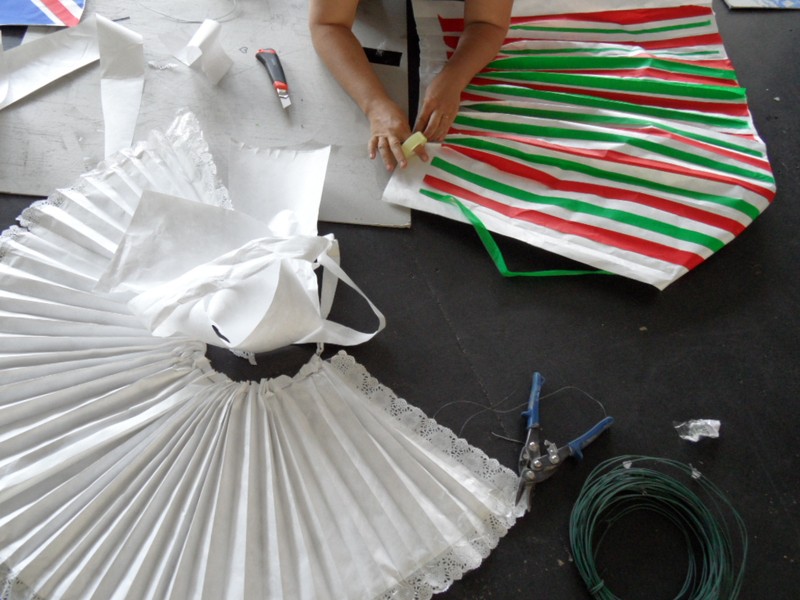 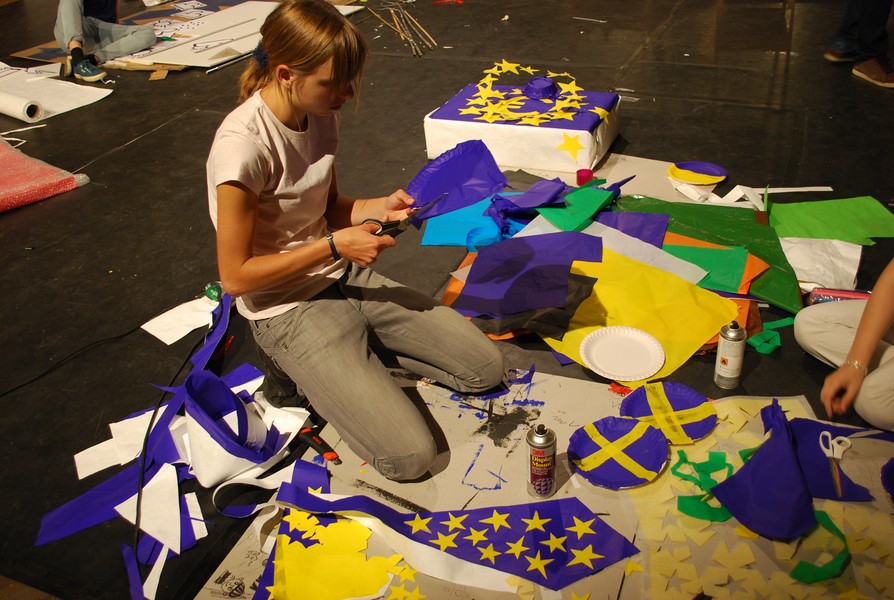 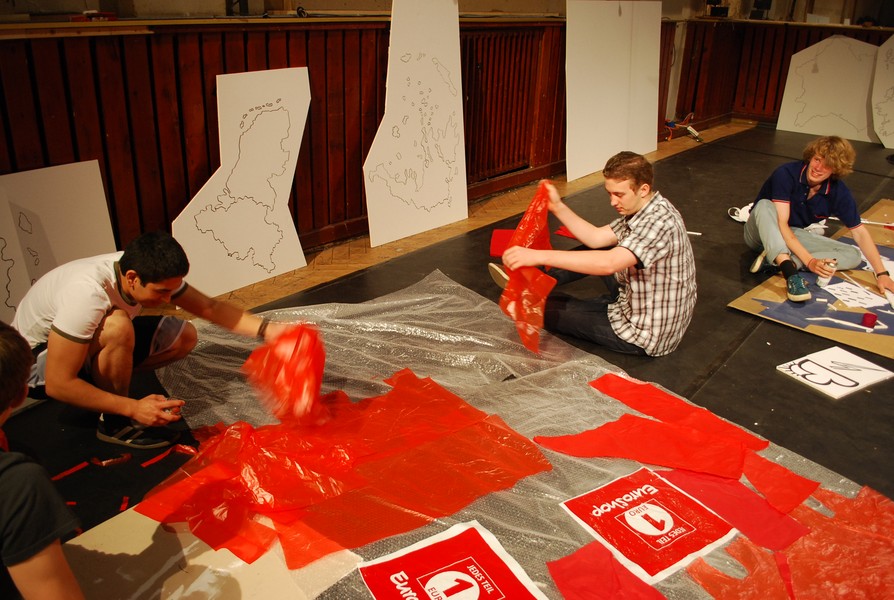 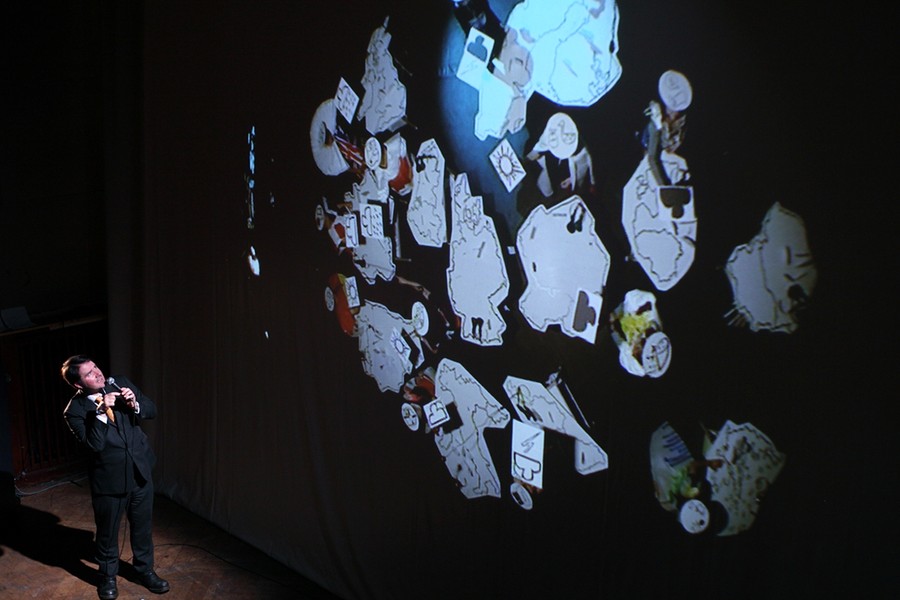 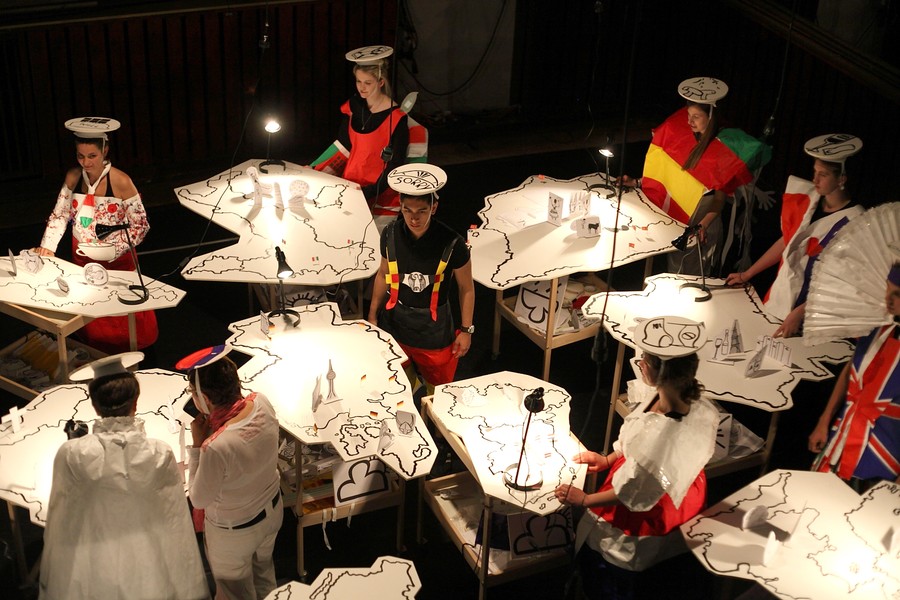 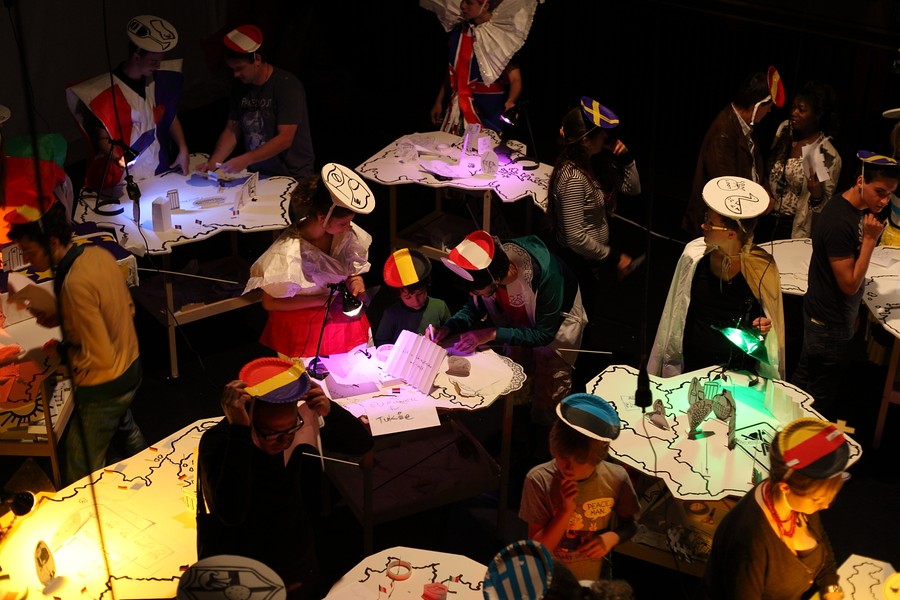 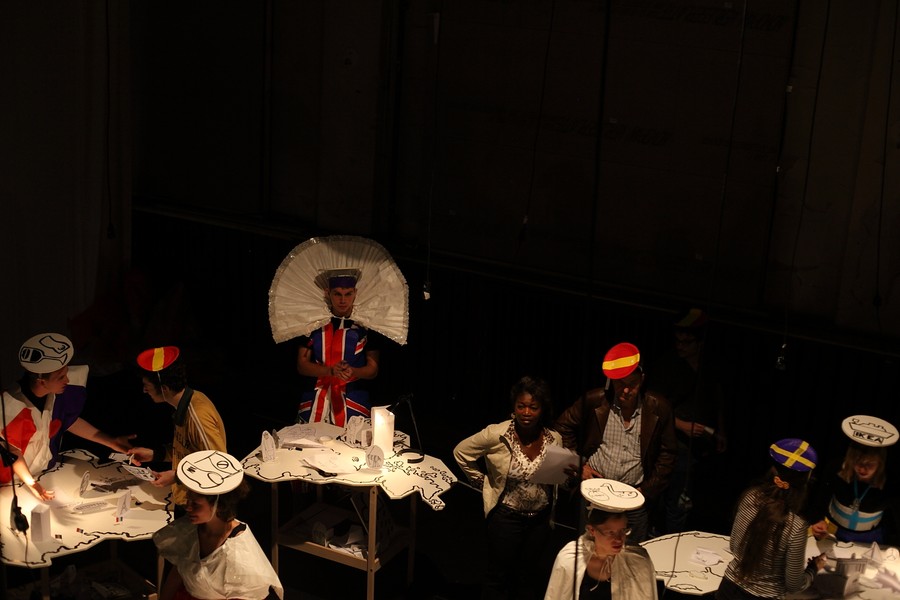 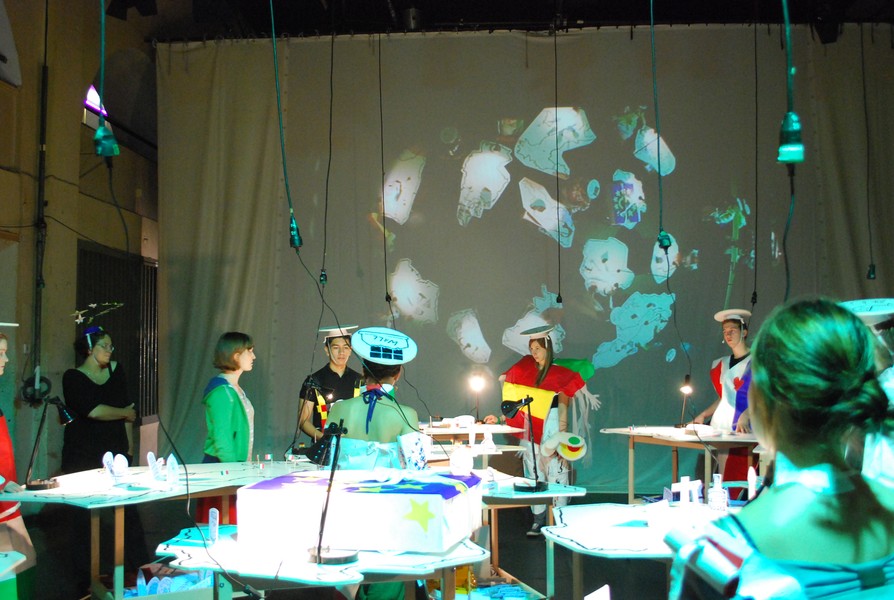 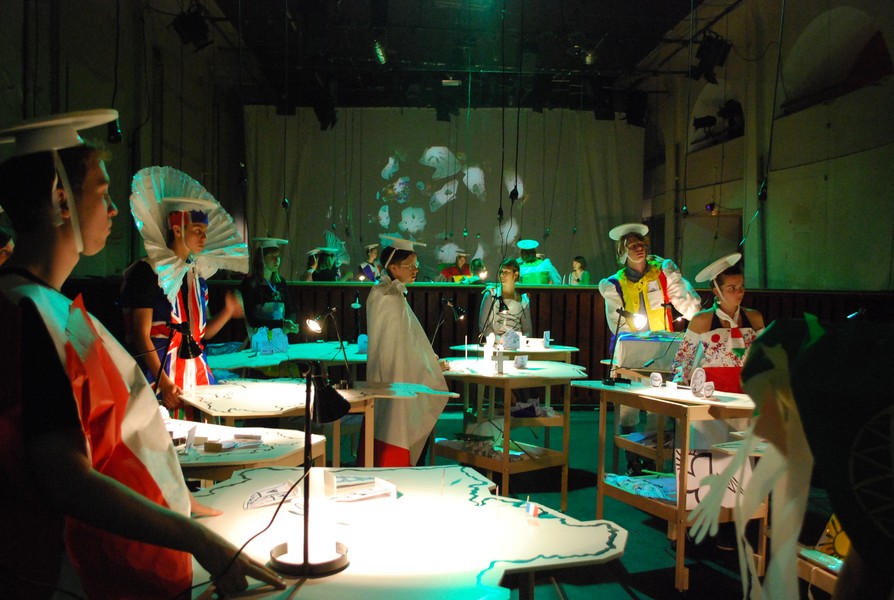 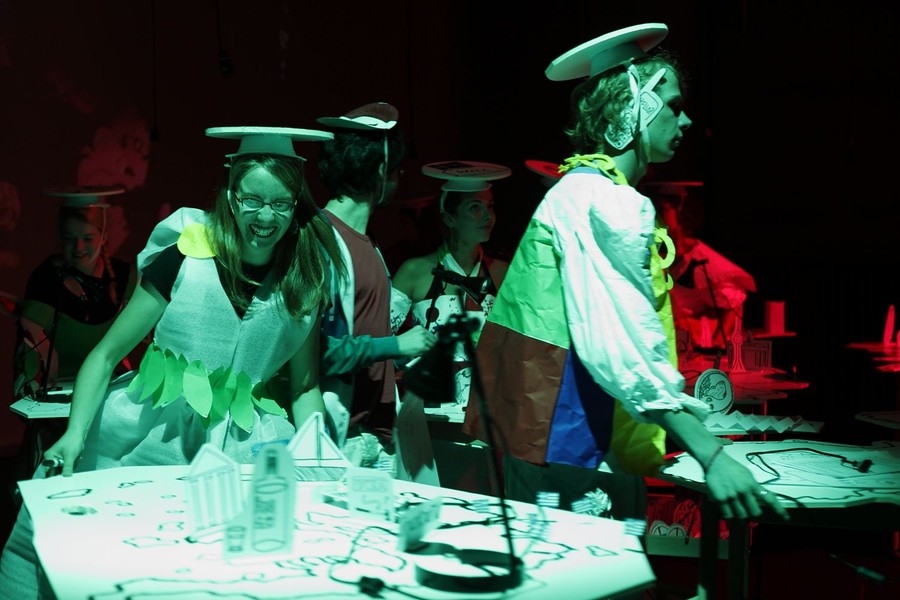 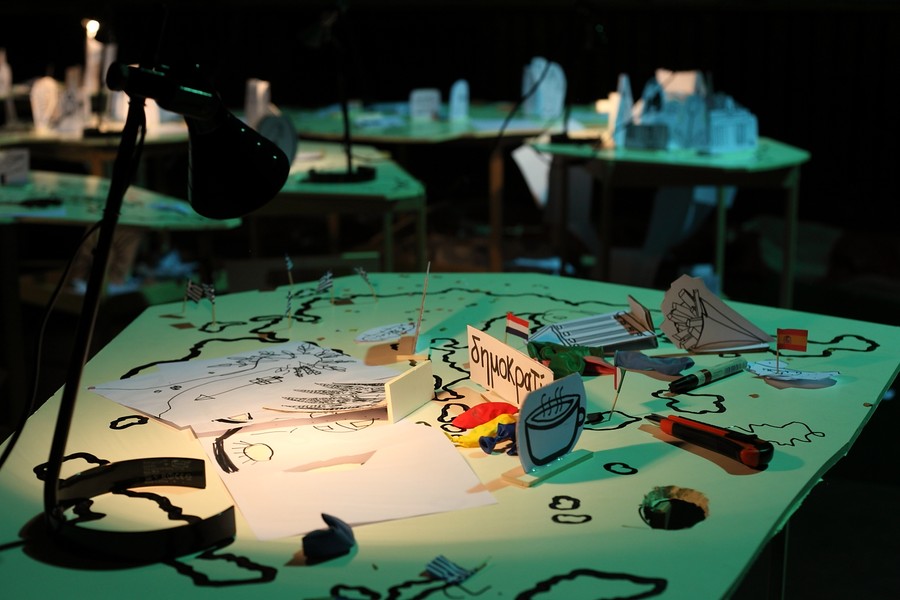