Some years after his departure, Joanne found herself at the centre of a damaging British tabloid scandal after students discovered and circulated topless photographs of her that had been taken privately.

The media campaign that followed played on stereotypes of women to support the sensational headlines, tarnishing her reputation as a teacher and public persona. In an attempt to fight the media’s branding of her as the »Topless Teacher«, Fujiwara and Joanne embarked on the production of a short film that explores issues Salley faced in the wake of the scandal as she seeks to craft a new, more authentic public image.

The exhibition is presented in the context of the two year long exhibition programme »Unsustainable Privileges« 2017/18 which questions the concept of privilege in a north-european, capitalist, and patriarchal context.

Further Events:
Q & A – A conversation with Simon Fujiwara 26. April at 7pm 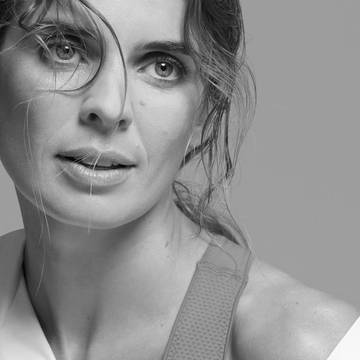 Joanne, Simon Fujiwara, 2016. Commissioned by Film and Video Umbrella, The Photographers’ Gallery and Ishikawa Foundation. Courtesy of the artist.

»Joanne« was commissioned by Film and Video Umbrella, The Photographers' Gallery and Ishikawa Foundation, supported by Arts Council England. Many thanks to gallery Esther Schipper, Berlin, for the support regarding the exhibition technology.